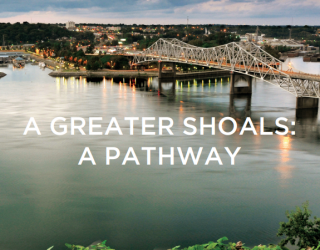 A new study by the Public Affairs Research Council of Alabama (PARCA) found that The Shoals ranks as the top Metropolitan Statistical Area (MSA) in Alabama for producing college and career ready high school graduates. The Shoals is home to six school systems that collectively have a higher level of educational success from its K-12 schools than any other MSA in the state of Alabama.

According to the study, 68 percent of high school seniors in The Shoals are workforce ready and 74 percent of those students have earned workforce ready credentials. The school systems in The Shoals also led the state in the percentage of high school seniors who scored at the silver level or above on the ACT WorkKeys assessment. The ACT WorkKeys assessment is a test of math and reading skills as they are used in a workplace setting. Scoring Silver indicates a student has the skills required for 67 percent of the jobs in ACT's database.

In addition to the six K-12 school systems, The Shoals is home to both a two-year college, Northwest Shoals Community College, and a four-year university, the University of North Alabama. The Shoals boasts the second highest college-going rate among Alabama MSAs with a high percentage of students attending a two-year college.

The educational opportunities in The Shoals create pipeline for providing a high-quality workforce for the region.

A Greater Shoals: A Pathway

A natural choice for industry.